In a previous post we brought the problem of identifying species that appear in the Bible. In this post I’d like to discuss the rose and the lily from Song of Solomon. From taking several English translations, we can see that we have a problem…

“I am a narcissus of Sharon, A lily of the valleys” (DARBY)

“I’m a flower from Sharon, a lily of the valleys“ (ISV)

“I am a meadow flower from Sharon, a lily from the valleys” (NET Bible)

Two flowers or one?

Most translations point to two flowers, most of them suggest rose and lily. But there are some more suggestions.

Can we tell for sure what are really the flowers?

In the Hebrew, the first flower is called Havatzelet of the Sharon. The second is called Shoshana of the valleys. In Biblical poetry, this is called Parallelism as a rhetorical device. The sentence is built of two parts where both parts emphasize each other. There are several types of parallelism styles in the Bible. The most common is what we call “Synonymous parallelism” in which the same or similar thoughts are repeated. In our case we have Synonymous parallelism. It means that the word “Sharon” is the same as “Valleys” and the two flowers are in fact one, or two that have similar attributes.

The first flower – Havatzelet in Hebrew – was translated by many to “rose”. It appears only once more in the Bible in Isaiah:

“The wilderness and the wasteland shall be glad for them,
And the desert shall rejoice and blossom as the rose“ (Isaiah 35, 1) 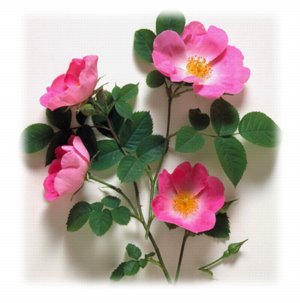 We are looking for a magnificent flower that grows in the Sharon. Roses do not grow in the Sharon. In fact, wild roses are quite rare in Israel. They are found only in the mountains in the north and they are not impressive.

So if we cannot tell what is Havatzelet, we can check what is the second flower, and assume that those are the same flower of similar ones.

Shoshana or Shoshan (Lily?) appears many times in the Bible and in different contexts. Its Hebrew root is the number Six (Shesh). So it makes sense that this is a flower with six petals – like the lily!

In Song of Solomon it appears many times as a flower that was growing in the gardens:

“My beloved has gone to his garden, To the beds of spices, To feed his flock in the gardens,
And to gather lilies“ (Song of Solomon 6, 2)

In Psalms it appears in a context that is not quite clear and can be interpreted in many ways:

But when Solomon built the temple, the “Shoshan” appeared as a geometric shape that is used on top of the pillars:

“The capitals which were on top of the pillars in the hall were in the shape of lilies, four cubits” (1 Kings 7, 19)

“It was a handbreadth thick; and its brim was shaped like the brim of a cup, like a lily blossom. It contained two thousand baths” (1 Kings 7, 26)

So the “Shoshan” is first of all a beautiful flower with six petals that grows in the valleys of the Sharon and in the gardens of Solomon. It has some special meaning that is used in music in Psalms. And it is also a shape that is used as a geometric decoration in the temple.

Archaeology comes to our aid

A coin that was discovered in Israel and is dated to the Persian period (Ezra and Nehemiah) shed some more light on this topic.

The Ancient coin has a flower on it that is a symbol of the province of Judea in the Persian period. This coin was used when stamping the coin of the New Israeli Shekel.

This symbol resembles very much the Royal French symbol “Fleur-de-lis” or the symbol of the scouts!

So the French Fleur-de-lis may be originated from a Jewish symbol in the Persian period. And back to our question – What is this flower.

We have Three suggestions.

Iris – A colored flower that grows in Israel in many places, including the Sharon. The Iris resembles most then the others the Fleur-de-lis and the symbol on the Jewish coin! 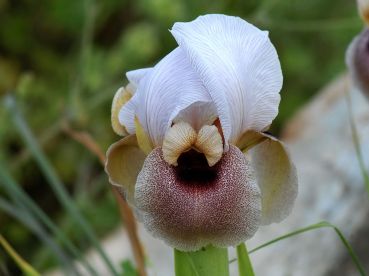 The “rose” and “lily” that appear in most translations of Song of Solomon are probably not rose and lily. It makes more sense that those are the same flower or two similar flowers that their shape was used as a decoration in the first temple, and later on coins. The flowers in the Bible could be narcissus but more probably an Iris. Certainly not a rose.