The Bible, as we know it, was translating to many languages, but the original language is ancient Hebrew. Many people have searched to find a code or a cipher in the Bible that shows divine meaning in it.

And indeed, there are many examples of secrets found in the Bible that can be revealed using decryption method.

In this article, I am not going to dive into those theories or methods. Many books have been written about this subject. I want to focus on something else that people do not always notice: how modern cryptology is explained in the Bible.

Because I am a software engineer, and worked a lot with modern cryptology and ciphering algorithms, I was surprised to reveal that some of the most complicated methods that were invented in the 20th century, were already mentioned in the Bible.

Thus, I am going to explain in simple words, some of the cryptology methods and point to the references in the Bible.

Cryptography is the practice of sending confidential text or data to another person, in a way that only the recipient can read it. Any person in the middle, including the messenger, should not be able to understand the message.

After this technical introduction, let’s see how all this appears in the Bible.

All the chapters and verses in the Hebrew Bible are numbered by letters and not by numbers. So Genesis 1:1 is numbered: א:א. Psalms 114 is numbered:  קי‬ד‬‬.

The cipher here is a translation table between letters and numbers. But the secret is revealed to everyone because it is not really a secret.

Gematria is used a lot in Kabbala, because each word can be translated into a number, and the numbers can be assessed according to numerology.

A real example of using a very unique cipher is the story of David and Jonathan. David was afraid that Saul, Jonathan’s father, wanted to kill him. Jonathan, in order to comfort David, Suggests how he would reveal to David whether the king wanted to kill him or not:

David would hide behind a rock. Jonathan, after hearing his father in the palace would send a secret message to David, because no one should know that they have communicated each other. Jonathan would shoot three arrows and would send his servant to find them. He would call the boy with a message that is the secret for David to know whether the king wants to kill him or not (1 Samuel,  20).

In this story we have a Cipher – this is the method that Jonathan agreed with David on how to understand the message. There is a Key – that is the secret message that Jonathan sent when calling his servant. The servant himself, is a messenger that did not have a Key, and therefore could not decipher the message.

But note that there is also a need here for Authentication: Jonathan knew David and passed the secret to him and him only. He did not give the secret to someone else so the secret would not fall into wrong hands.

God will provide the Key

Several times it happened in the Bible that there was a message encrypted and nobody could understand it. But then, there was one person who had the ability (the Key) to decipher the message. This person got the key directly from God.

The different dreams that Joseph interpreted in Egypt were one such example.

Daniel also interpreted the dream of Nebuchadnezzar. In this case, the king forgot the dream and Daniel could tell him exactly what was the dream and what was its meaning.

Daniel deciphered later another message that was not a dream. It was king Belshazzar:

4 They drank wine, and praised the gods of gold and silver, bronze and iron, wood and stone. 5 In the same hour the fingers of a man’s hand appeared and wrote opposite the lampstand on the plaster of the wall of the king’s palace; and the king saw the part of the hand that wrote.

25 “And this is the inscription that was written: MENE, MENE, TEKEL, UPHARSIN.

26 This is the interpretation of each word. MENE: God has numbered your kingdom, and finished it; 27 TEKEL: You have been weighed in the balances, and found wanting; 28 PERES: Your kingdom has been divided, and given to the Medes and Persians.” (Daniel 5:4-5, 26-28)

There is no way to understand the meaning of the message from God without a key. The key id given to special chosen people and only then the message can be deciphered.

5 The Gileadites captured the fords of the Jordan opposite Ephraim. And it happened when any of the fugitives of Ephraim said, “Let me cross over,” the men of Gilead would say to him, “Are you an Ephraimite?” If he said, “No,” 6 then they would say to him, “Say now, ‘Shibboleth.’” But he said, “Sibboleth,” for he could not pronounce it correctly. Then they seized him and slew him at the fords of the Jordan. Thus there fell at that time 42,000 of Ephraim. (Judges 12:5-6)

According to this story, the people of Gilead, led by Jephthah, were fighting against Ephraim. They could not distinguish one from the other – not by look or by language. But there was something about the people of Ephraim: They could not pronounce the word “Shibboleth” properly.

“Shibboleth” was the “Password” that was used for authentication.

Note that in this case, we call it “Biometric authentication“, because it is something the the person has by nature and therefore can be easily tracked.

A side note here about the word “Shibboleth”(שִׁבֹּלֶת‬):  Its meaning in Hebrew is “stalk of grain”. In Modern cryptography this word is used to refer to “Password” and is even used as a trademark for an Identity Solution framework. Check it here: shibboleth.net 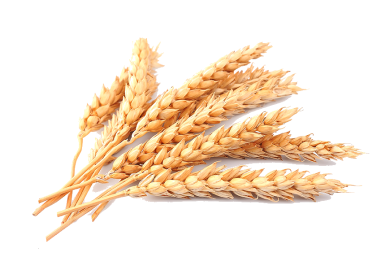 What would you do if you’ve forgotten your password? You need a way to reset it, Right?

This happened to the people of Israel:

11 The whole vision has become to you like the words of a book that is sealed, which men deliver to one who is literate, saying, “Read this, please.”

12 Then the book is delivered to one who is illiterate, saying, “Read this, please.”

When the Key or Password is lost, we are in trouble. We cannot read the encrypted messages. Isaiah says in his prophecy that this is what happened to the people of Israel.

In the past, they have had access to the Word of God. But now, they lost access and cannot read the book. Some of them are illiterate and cannot read, others can read but the book is sealed and they cannot open it. In both cases, the method – Cipher – is known, but the Key was lost. 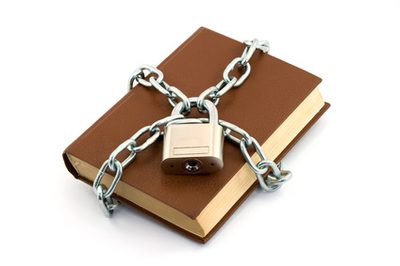 The idea is simple, but not the implementation.

Let’s assume that the one who writes the message and encrypt it, use one private Key. But in order to decipher the message, the recipient needs a different key. A public key. The algorithm to implement this is very difficult, but feasible. Why do we need this?

Because, If I have a private key that only I can encrypt a message, then anyone that accept the message and can decrypt it, knows for sure that it arrived from me, as I am the only one that holds the private key. In this case, the recipient wants to validate that the message is authentic and got from the right sender.

This same key appears again in The Book of Revelation.

These things says He who is holy, He who is true, He who has the key of David, He who opens and no one shuts, and shuts and no one opens. (Revelations 3:7)

One thought on “Bible Code Revealed !??”