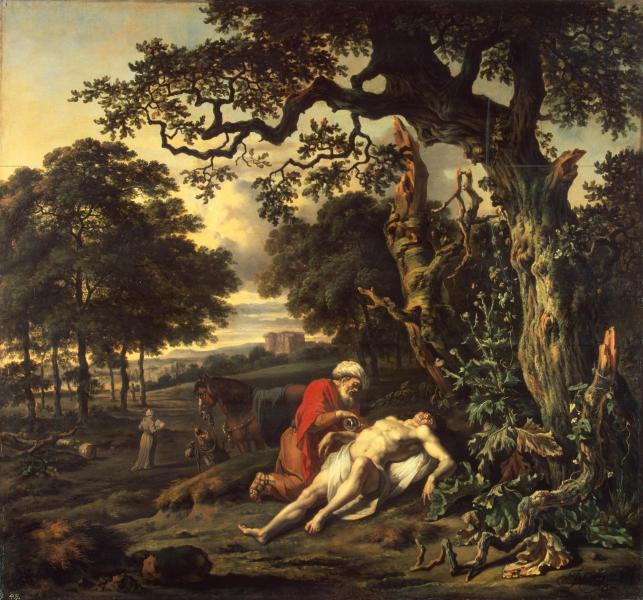 “A certain man went down from Jerusalem to Jericho, and fell among thieves, who stripped him of his clothing, wounded him, and departed, leaving him half dead. 31 Now by chance a certain priest came down that road. And when he saw him, he passed by on the other side.32 Likewise a Levite, when he arrived at the place, came and looked, and passed by on the other side. 33 But a certain Samaritan, as he journeyed, came where he was. And when he saw him, he had compassion. 34 So he went to him and bandaged his wounds, pouring on oil and wine; and he set him on his own animal, brought him to an inn, and took care of him…” (Luke 10:30-34)

This is the story told by Yeshua in the New Testament known as the parable of “The Good Samaritan”.

Samaritans still live today in the area called Samaria (Shomron in Hebrew). When asked, the Samaritans say that they are the descendants of the ten tribes of Israel that were sent to exile by the Assyrians in the 8th century B.C. Few of them remained in the land and formed the people that today are known as “Samaritans”.

In the New Testament, the Samaritans are mentioned several times, but nothing refers to who they are and what is their origin.

from the New Testament, we learn some interesting facts about them:

So He came to a city of Samaria which is called Sychar, near the plot of ground that Jacob gave to his son Joseph. 6 Now Jacob’s well was there. Jesus therefore, being wearied from His journey, sat thus by the well. It was about the sixth hour. 7 A woman of Samaria came to draw water. Jesus said to her, “Give Me a drink.” 8 For His disciples had gone away into the city to buy food 9 Then the woman of Samaria said to Him, “How is it that You, being a Jew, ask a drink from me, a Samaritan woman?” For Jews have no dealings with Samaritans.

….12 Are You greater than our father Jacob, who gave us the well, and drank from it himself, as well as his sons and his livestock?”…

…19 The woman said to Him, “Sir, I perceive that You are a prophet. 20 Our fathers worshiped on this mountain, and you Jews say that in Jerusalem is the place where one ought to worship.” (John 4:1-20)

Four facts we can learn from this short story:

All those points are still valid today: The Samaritans reside in Shechem, they see themselves as sons of Israel, they do not see themselves as Jews and they claim that mount Gerizim is where the God of Israel commanded to worship. 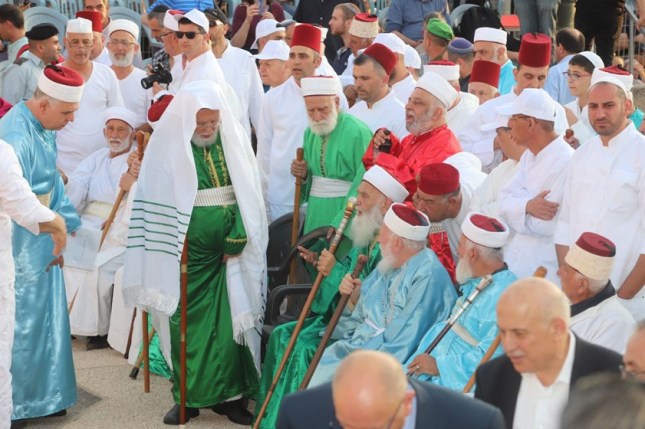 What does the Bible say?

In the Bible, there is one hint that supports what the Samaritans say about themselves being descendants of Israel:

In Jeremiah 40-41 we read about the assassination of Gedaliah by his foe: Ishmael son of Nethaniah. After Ishmael killed Gedaliah we read the following:

4 And it happened, on the second day after he had killed Gedaliah, when as yet no one knew it, 5 that certain men came from Shechem, from Shiloh, and from Samaria, eighty men with their beards shaved and their clothes torn, having cut themselves, with offerings and incense in their hand, to bring them to the house of the Lord. (Jeremiah 41:4-5)

(Samaria – Shomron: In the old testament it is used as he name of a city, the capital of the northern kingdom of Israel. In the time of second Temple and in the New Testament and even today, Samaria refers to the mountains north of Judea).

In later Jewish texts, the Samaritans are referred as “Men of Cuth” and “Proselytes of Lions”.

This is based on what we read in II Kings 17. The text describes what was done in the land of the kingdom of Israel after the exile of Israel:

…29 However every nation continued to make gods of its own, and put them in the shrines on the high places which the Samaritans had made, every nation in the cities where they dwelt…

…34 To this day they continue practicing the former rituals; they do not fear the Lord, nor do they follow their statutes or their ordinances, or the law and commandment which the Lord had commanded the children of Jacob, whom He named Israel

According to what is written here, Those who call themselves Samaritan are not from the seed of the sons of Israel, but rather people from the empire of Assyria that were moved to Israel and learned partially how to worship the God of Israel – without much success!

The Jews and the Samaritans became political foes in the time of the return to Zion from Babylon.

The Samaritans sent a letter to the Persian king asking him not to let the Jews to build a Temple:

9 From Rehum the commander, Shimshai the scribe, and the rest of their companions—representatives of the Dinaites, the Apharsathchites, the Tarpelites, the people of Persia and Erech and Babylon and Shushan, the Dehavites, the Elamites, 10 and the rest of the nations whom the great and noble Osnapper took captive and settled in the cities of Samaria and the remainder beyond the River—and so forth.

11 To King Artaxerxes from your servants, the men of the region beyond the River, and so forth:

12 Let it be known to the king that the Jews who came up from you have come to us at Jerusalem, and are building the rebellious and evil city, and are finishing its walls and repairing the foundations. 13 Let it now be known to the king that, if this city is built and the walls completed, they will not pay tax, tribute, or custom, and the king’s treasury will be diminished. (Ezra 4:9-13)

Later on, When Nehemiah also comes to Zion and wants to build a wall around the city of Jerusalem, we read about some people from the country that want to stop him.

But it so happened, when Sanballat heard that we were rebuilding the wall, that he was furious and very indignant, and mocked the Jews. 2 And he spoke before his brethren and the army of Samaria, and said, “What are these feeble Jews doing? Will they fortify themselves? Will they offer sacrifices? Will they complete it in a day? Will they revive the stones from the heaps of rubbish—stones that are burned?”

3 Now Tobiah the Ammonite was beside him, and he said, “Whatever they build, if even a fox goes up on it, he will break down their stone wall.” (Nehemiah 4:1-3)

Where is the place to worship?

Back to the Samaritan woman at the well:

“Our fathers worshiped on this mountain, and you Jews say that in Jerusalem is the place where one ought to worship.” (John 4:20)

How did it come that the Samaritan claim Mount Gerizim to be the place to worship? Where did they take it from? If they are indeed the sons of Israel, and they read the Torah, Where does it say so?

Well, The Torah does not say where is the place to worship. Only later in 2 Samuel, God made his covenant with David and Jerusalem is chosen.

but in the five books of the Torah, the place to worship is yet to be defined, or it can be understood that this place can move from place to place.

In many places in Deuteronomy, we read:

“the place where the Lord your God chooses, to put His name for His dwelling place”

After the sons of Israel had entered the land, the Ark moved from place to place: Jericho, Mount Ebal, Shilo, Bethel, Kirjath Jearim and finally Jerusalem.

We also know that the kings of the northern kingdom of Israel did not want their people to go to Jerusalem. Jeroboam sanctified Bethel to stop the Israelites on their way to Jerusalem.

They claim that mount Moriah and the mountain of the first altar of Joshua is mount Gerizim.

Samaritan people are today about 800 people world wide. Half of them live in a neighbourhood on top of mount Gerizim and half of them in the city of Holon in Israel.