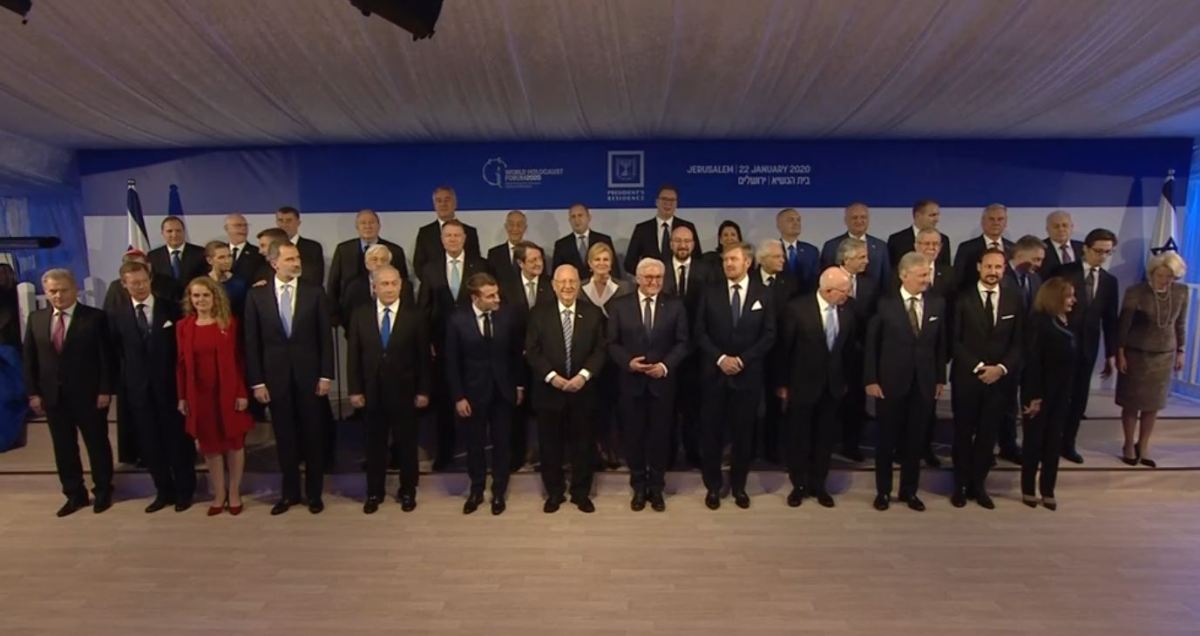 Also the sons of those who afflicted you
Shall come bowing to you,
And all those who despised you shall fall prostrate at the soles of your feet;
And they shall call you The City of the Lord,
Zion of the Holy One of Israel.

Israeli journalist Amit Segal quoted this verse after the event that took place in Yad Vashem Holocaust museum in Jerusalem on January 23, 2020.

49 world leaders gathered in the Fifth World Holocaust Forum in Jerusalem, to honor the memory of the Jewish Holocaust and to proclaim fighting against Antisemitism.

When we see world leaders, from nations that persecuted and murdered Jews for centuries, gather in Jerusalem – how can we not remember the words of Isaiah?

Prophecies about the nations

In the Bible, there are many prophecies about the restoration of Israel and about the nations that will come to Jerusalem to worship the God of Israel.

Those prophecies are weaved with End Times prophecies that describe horrible turmoils and turbulence, but also great peace.

Through history, people have tried to relate actual events to Biblical prophecies, and to interpret the prophecies according to own perception.

Maybe, the most quoted End Times prophecy is the one from Isaiah 2:4. This verse is used mostly to illustrate the hope of a world peace that humanity yearns to so much.

This is “Isaiah wall” in Ralph Bunche Park in the UN headquarters in New York:

THEY SHALL BEAT THEIR SWORDS INTO PLOWSHARES. AND THEIR SPEARS INTO PRUNING HOOKS. NATION SHALL NOT LIFT UP SWORD AGAINST NATION. NEITHER SHALL THEY LEARN WAR ANY MORE

Did you notice something strange about this quote? It was taken completely out of context!

It shall come to pass in the latter days

that the mountain of the house of the Lord

shall be established as the highest of the mountains,

and shall be lifted up above the hills;

and all the nations shall flow to it,

and many peoples shall come, and say:

“Come, let us go up to the mountain of the Lord,

to the house of the God of Jacob,

that he may teach us his ways

and that we may walk in his paths.”

For out of Zion shall go forth the law,

and the word of the Lord from Jerusalem.

He shall judge between the nations,

and shall decide disputes for many peoples;

and they shall beat their swords into plowshares,

and their spears into pruning hooks;

nation shall not lift up sword against nation,

neither shall they learn war anymore.

On Isaiah Wall, those subjects were skipped:

What do you think is the reason that all those essential topics were omitted?

Very clearly, God, Israel and Zion are not welcome among the nations.

How can the nations bring peace without God? The Bible tells us what happened when they tried that: Genesis 4:11 “let us make for ourselves a name” (tower of Babel)

Don’t quote the Bible partially and don’t take it out of context!

Who is the one that always takes Bible verses and twists their meaning?

Then the devil took him to the holy city and had him stand on the highest point of the temple. 6 “If you are the Son of God,” he said, “throw yourself down. For it is written:
“‘He will command his angels concerning you,
and they will lift you up in their hands,
so that you will not strike your foot against a stone.’”

The same United Nation that quote the Jewish Prophet, is the same organization that accuse the state of Israel again and again of commiting crimes against humanity. Why? Because of misinterpreting verses and taking the whole point out of them.

“…the mountain of the house of the Lord shall be established as the highest of the mountains” – This comes as a contradiction to the tower of Babel: “Come, let us build for ourselves a city, and a tower whose top will reach into heaven, and let us make for ourselves a name“ (Genesis 11:4) –

What is the difference here? When we humans try to replace God with our own name, the consequence will always be complete failure. But God himself, promised that he will free us and save us when we rely completely on Him.

In my opinion, the most touching speech in the World Holocaust Forum in Jerusalem, was that of Mr. Frank-Walter Steinmeier, president of the Germany.

He opened his speech in a prayer in Hebrew – “Shehecheyanu”:

Blessed are You, Lord, our God, King of the Universe, who has granted us life, sustained us, and enabled us to reach this occasion