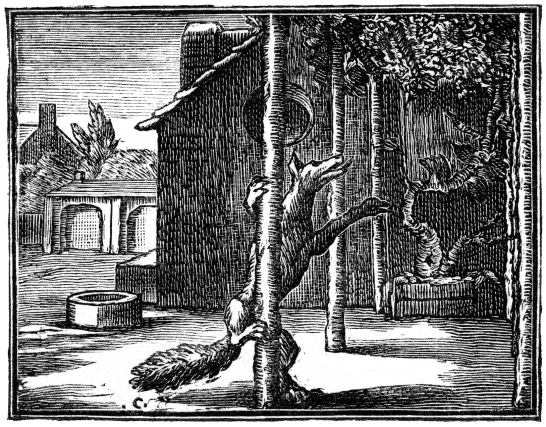 As shown in another post, the identification of animals and plants in the Bible may not always be straightforward. While translating the Bible to different languages in different countries, there was a need to use names that are known in the country of the translator, and this could sometimes lead to wrong interpretations. In some cases, there is still lack of consensus about what the original meaning was.

In this post, I would like to examine, what is the animal that is called “fox” in the Bible, and who is the “jackal”.

Fox, in Hebrew: “Shu’al” (שׁוּעָל) is mentioned few times in different books in the Bible.

Then Samson went and caught three hundred foxes; and he took torches, turned the foxes tail to tail, and put a torch between each pair of tails. (Judges 15:4)

The red fox that is quite common in Israel, and certainly in the area where Samson was living, has a long beautiful tail. Therefore the identification of the animal seems easy.

But what would you say about the following verse:

Catch us the foxes, The little foxes that spoil the vines (Song of Solomon 2:15)

Foxes that spoil the vines?

In the famous fable of Aesop, a fox wanted to eat grapes that were too high to reach. He therefore remarked that those grapes weren’t ripe yet.

Fox do not eat fruits. Period. Why is it then that we read about this characteristic of the fox as a grape eater?

The Jackal mentioned in the Bible more times than fox and always in plural: “Tanim”, in Hebrew: (תַּנִּים)

In the Bible, the attribute of the Jackal is living in the desert and desolate areas.

But Esau I have hated, And laid waste his mountains and his heritage For the jackals of the wilderness. (Malachi 1:3)

But You have severely broken us in the place of jackals, And covered us with the shadow of death. (Psalms 44:19)

I will make Jerusalem a heap of ruins, a den of jackals. I will make the cities of Judah desolate, without an inhabitant. (Jeremiah 9:11)

This jackal of the Bible, does not seem to be the jackal we know today: The Jackal is known as an animal that lives close to humans and not in the desert. 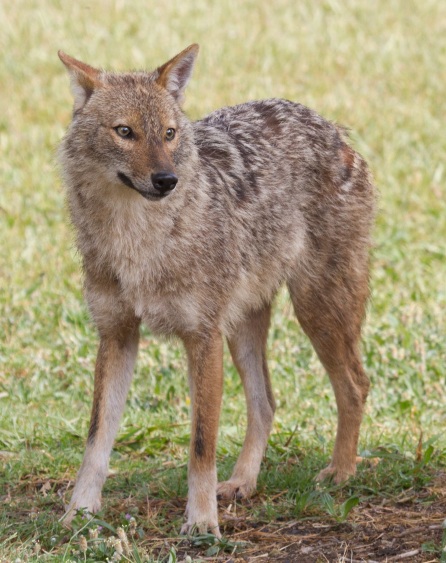 Some Bible researches came to a conclusion that, again, there was misinterpretation in the translation of the names into European languages.

The common agreement today is, that Jackal in the Bible (“Tanim”) is not the jackal we know today but rather som bird that lives in the desert.

The fox, on the other hand, can relate sometimes to today’s fox and in other cases to the  jackal that we know today.

This makes sense, as the fox is an animal that eats only small animals and has a long tail, whereas the jackal is known to be omnivore – meaning that it can devour small animals but also eat fruits.

Archeology comes to our aid

Recently, in a new excavation in the north of Israel, a mosaic from the Byzantine time was found with scenes from the stories of Samson.

Foxes appear in one of those scenes that resemble the fox that we know today. See at the bottom of the picture below: 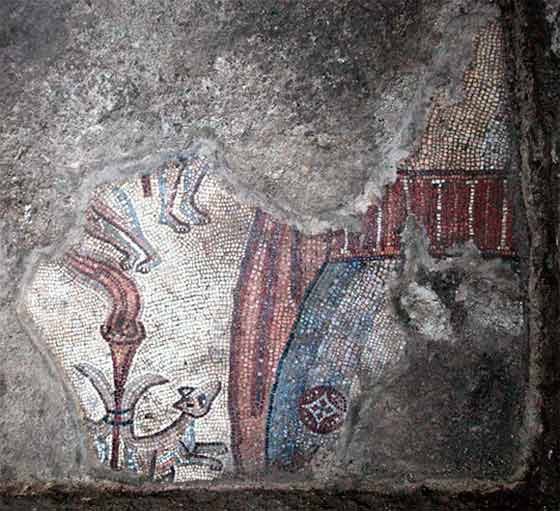